We were introduced to the Fugly, the holster sensation soon to be sweeping the IWB nation, on Monday. Today it's review time. I'd like to start by mentioning this was a prototype for Dragon Leather Works. It was, quite literally, the very first IWB they've ever produced. Not only that, but this was the very first Fugly holster ever made - this is the one that started it all. I gave Dennis some rough initial feedback which he will be looking into incorporating into future versions. Here's the holster again, with its intended victim firearm in place: 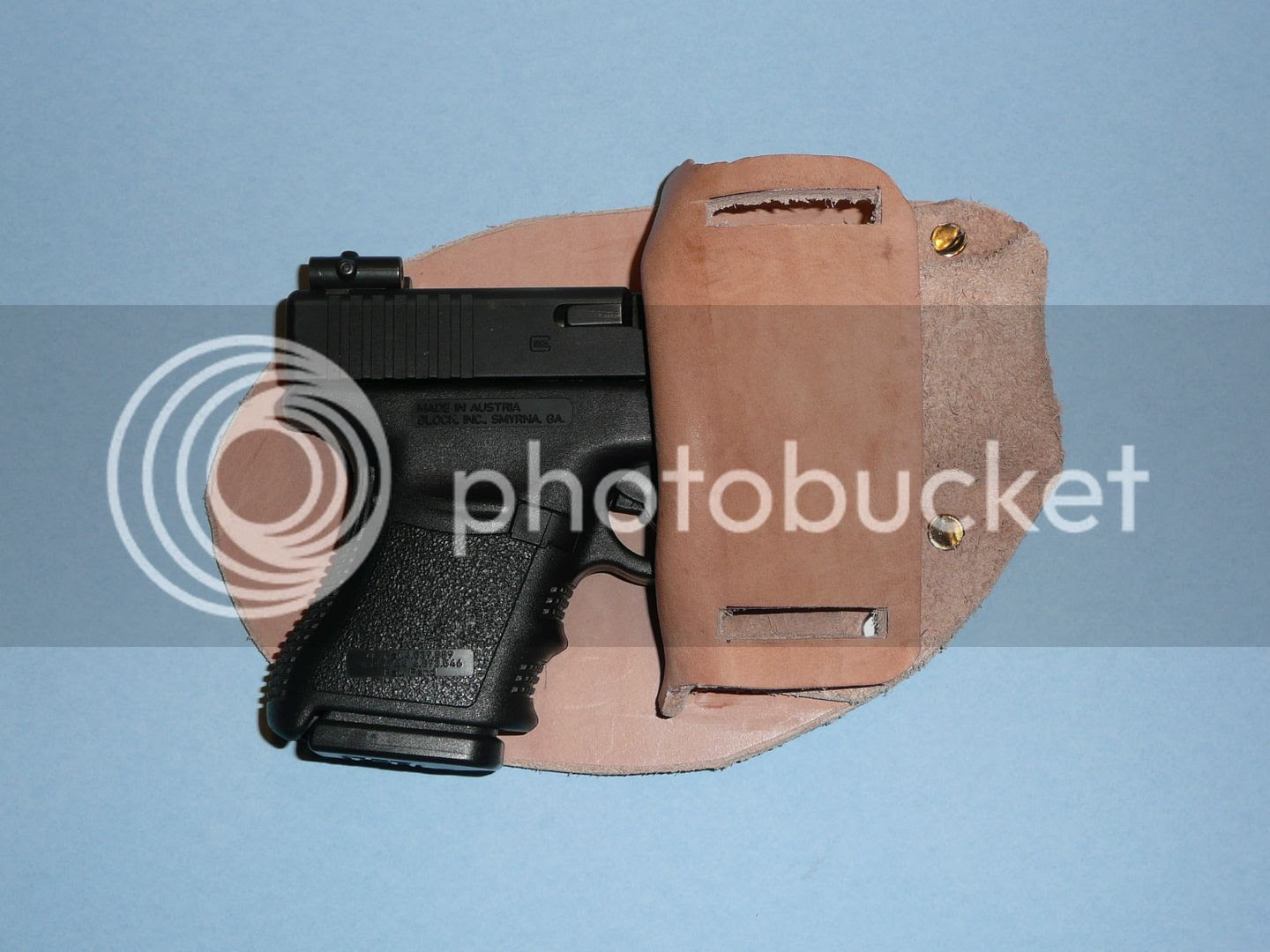 This has a rock-solid grip on the firearm, as seen here: 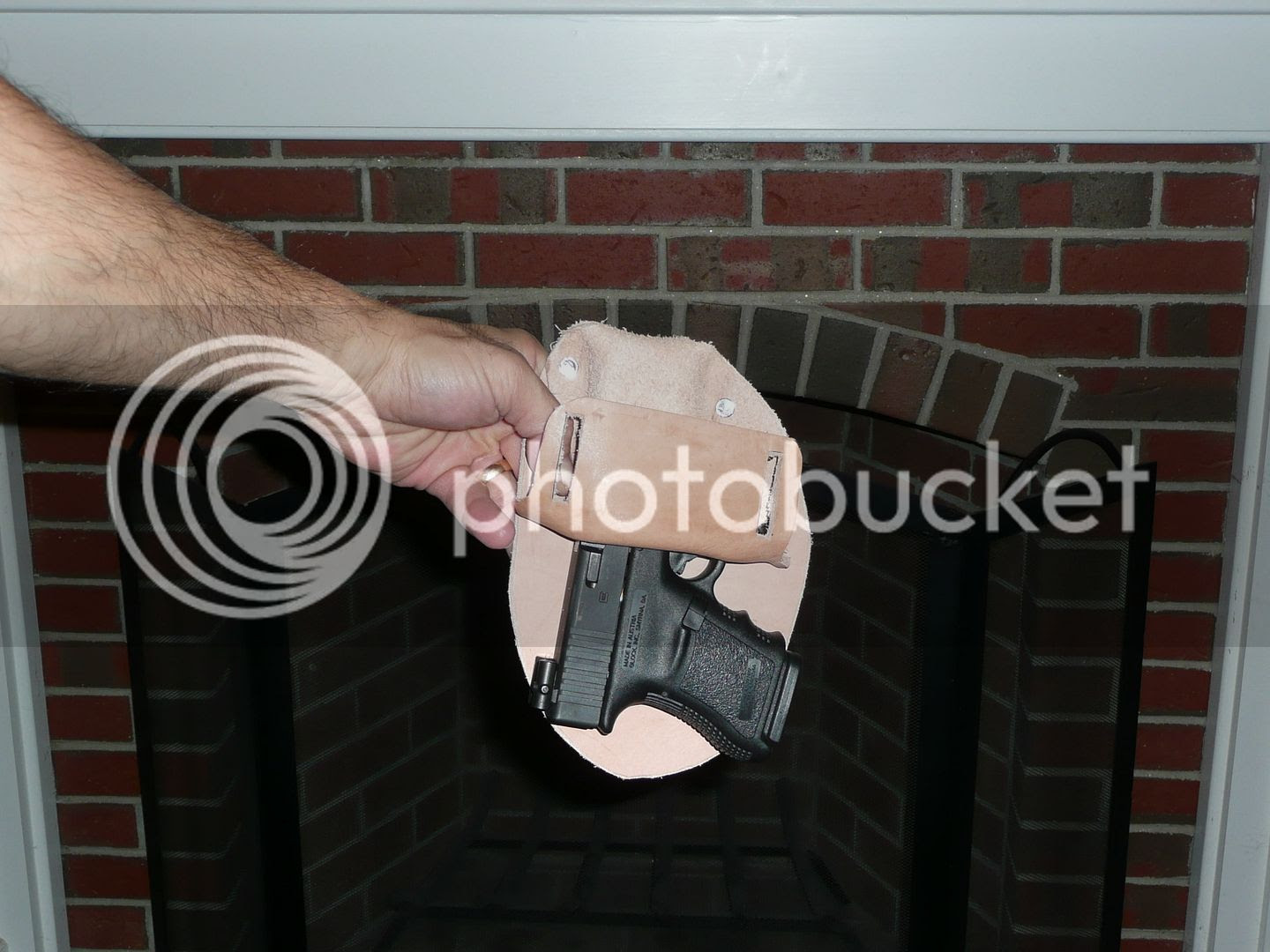 Not only that, but the Fugly line is extremely solid: 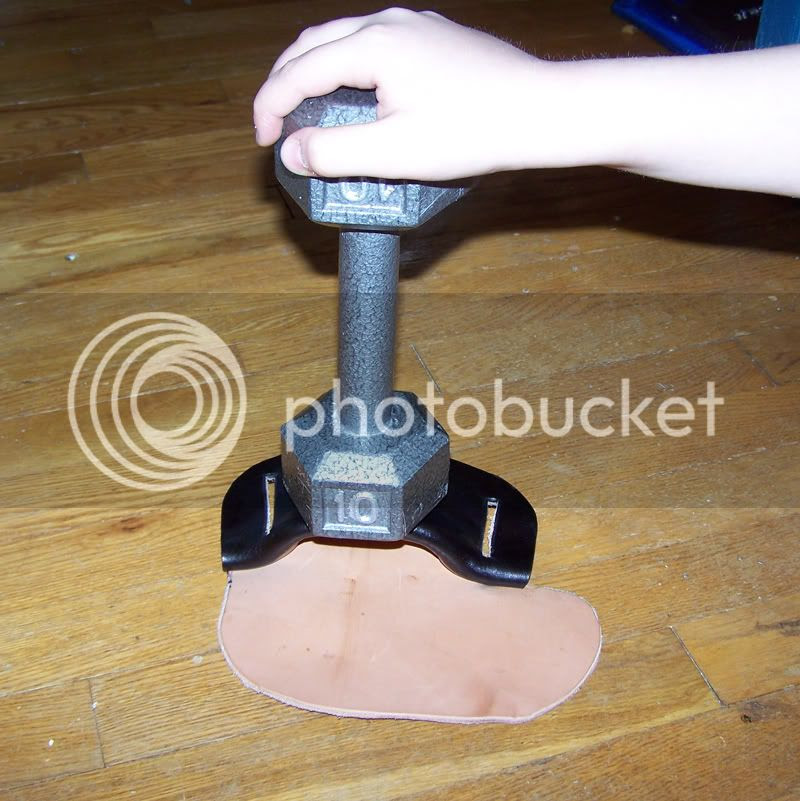 (That's iteration #2 - Dennis sent me the picture for further illustration of the superior construction of these holsters).
The real test for any holster, of course, is how it carries. The Fugly, being that this was a "first run", took a little getting used to before it settled in on my belt: 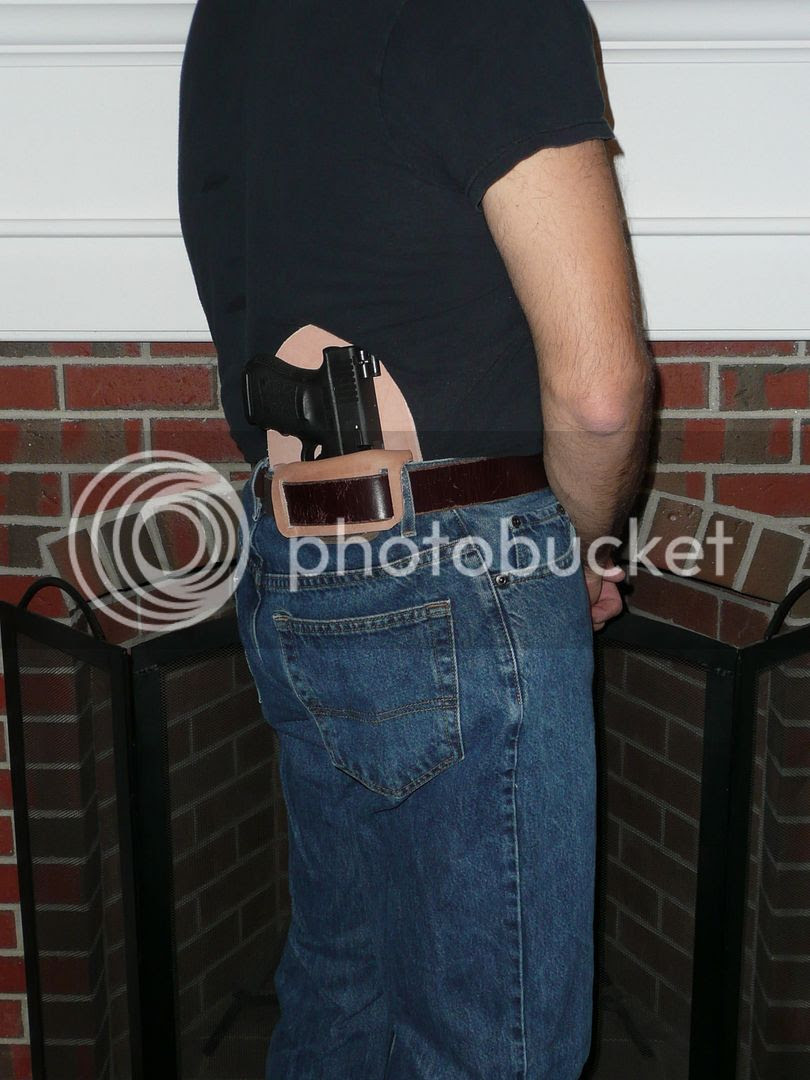 One of the suggestions I had for Dennis was to provide a separation between the two belt slots so that the holster can be positioned over a belt loop. Not all pants have the belt loops in the same place, and by having the slots separate, it allows a greater range of positions the holster can employ on the belt. It took a little playing around with, but I finally found this position to be very comfortable for carrying. 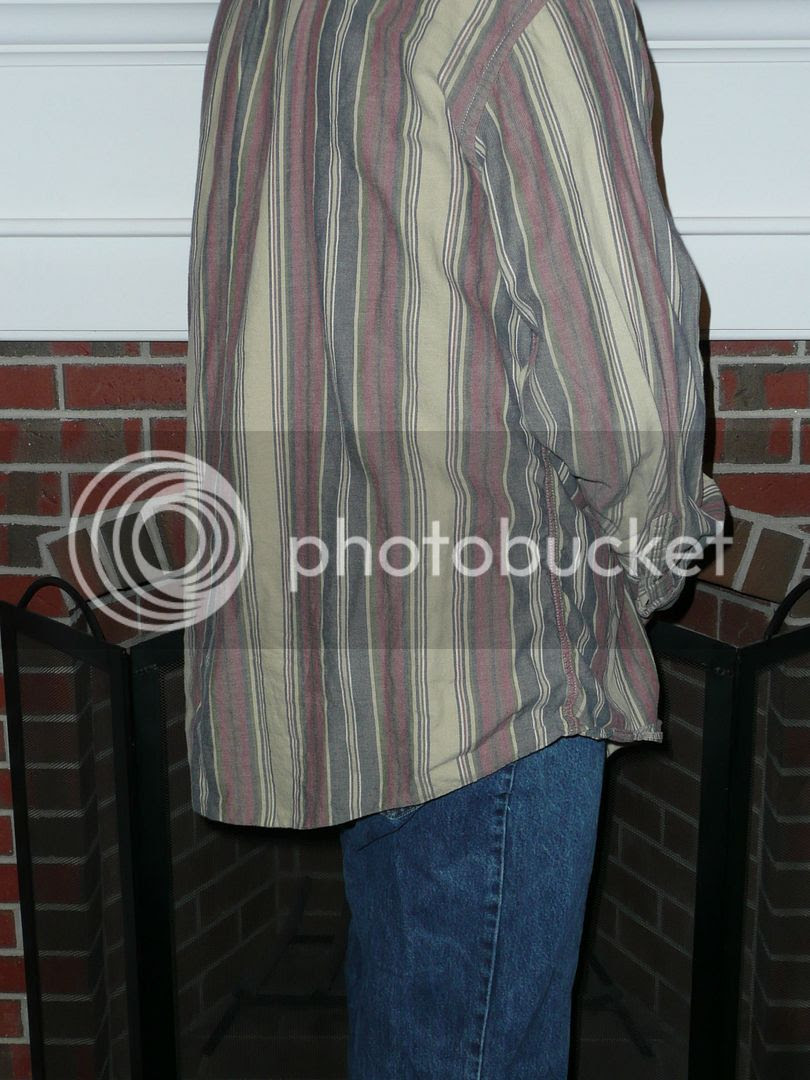 Toss a cover garment on, and you're good to go! I didn't get quite as much time as I would have liked to test this out, but in the time I had it, it was quite comfortable. The construction of the holster - the way the belt attachment is a long line that hangs over the edge of the pants - provides an extremely stable platform for the unit. This does not move. At all. Unless your pants fall off your body, this holster is not going to slip under any circumstances.

The leather is quite thick, which has both its advantages - you do not feel the gun poking you at all - and disadvantages - it doesn't flex or move as naturally as your body. Some of this will change with time and wear, of course - leather needs to be broken in, and wearing this against your body for a good length of time should mold it pretty darn well. The retention as seen above is excellent, but comes with a small price - it takes some repetition to be able to draw quickly from this holster. I'm certain with practice this will break in nicely.

All in all, I'm quite impressed with the Fugly. Dennis has it attractively priced - it's on the very low end for leather holsters, but with the quality of holsters priced easily double. And it's got the greatest tagline ever:


If it ain't Fugly...it ain't worth sticking your pistol in it!

I'm always in the market for another holster. I have one I. Mind already that I want to try, but I think the Fugly will be on the list after it especially if your idea concerning the belt loop is incorporated into the design.

Dude, why are you pissing in the fireplace?

Check out the Dragon Leather Works website - there's contact information to get ahold of them if there's something specific you have in mind. The work is phenomenal, affordable, and hand-fitted right here in the US of A. New York, even...

Okay, that *literally* made me LOL...

The horrors of having to use a tripod and a timer, I guess...